Discover one of the hidden gems of Harties - the Alehouse

I recently had a great weekend getaway in Hartbeespoort for our anniversary and to run the Om die Dam race. Despite the crater size pot holes as a result of all the rain, which was the most we had ever experienced for that time of year and felt like I was back living in the UK, a very very wet UK, we really had a great time.

The race was not much of a success but that was to be expected with the training I had gone through in preparation, or lack thereof, of the annual Om die Dam ultra Marathon. Fortunately the weather played nice and allowed the sky to open up for the day, giving us much needed happy inducing rays of sunshine.

After the race ended, I struck up a conversation with one of the locals about Hartbeespoort and what it has to offer in terms of activities and places to see, to which he suggested we go to The Alehouse. He described it as a quaint Irish pub with really great craft beer. An Irish pub in the middle of the the bush? I was intrigued.

Off we went in search of this little Irish Pub in the bush. The gentleman's directions were spot on however we still managed to get lost. Cursing under my breath at this elusive little pub and wondering how a well known, supposedly awesome pub, could not have any signage along the way to help attract new prospective patrons. I later found out that this was intentionally so as to not just pull any old patron off the street but patrons that have heard about the establishment through "word of mouth". I see now that this type of marketing does attract a clientele that is conducive to creating an awesome, relaxed atmosphere.

On arrival we noticed that it was not just any old day at the pub but Ireland's most celebrated - St Paddy's day! Our fortuitous luck of the Irish seemed to be a common thing that day, first the weather and then celebrating St Paddy's at an Irish bush pub. Could it get any better? 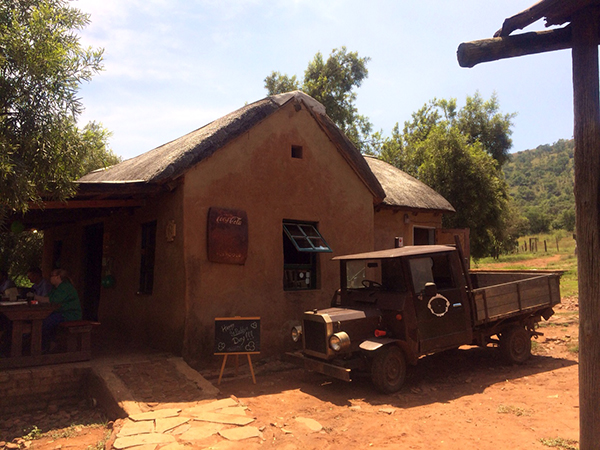 The pub is simple and cute and ever so quaint. A small building plastered in clay, or something that looks very similar to it, houses the main bar with two draught taps which dispense their craft beers of the day. The seating is minimal inside the pub but one can see that, in such a beautiful scenic environment, that being inside is not what the owner envisaged his patrons doing. 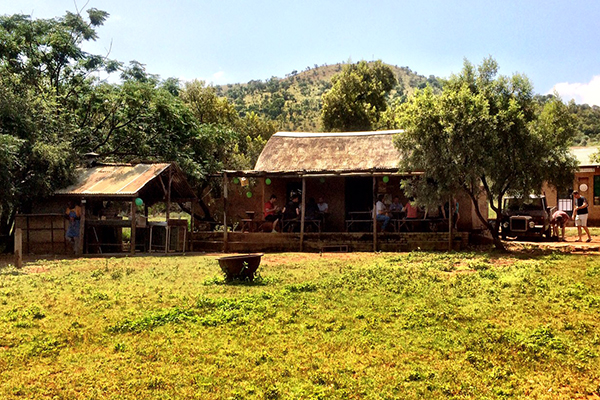 The beers are tasty, really tasty! I have tried quite a few craft beers in my time but have to say that these beers rate right at the top. On that day they had the Trailer Trash Blonde Ale and Brown Ale, each one different in their tastes and colours. One fruity and light in colour (Blonde) and the other dark and nutty in flavour. Unfortunately they only serve two flavours on a day and I just could not get enough of them. I will definitely be back to try their other types in the near future.

Not only are their beers great but their pizzas are out of this world. There are a small selection of gourmet pizzas to choose from, which go very well with the beers on offer. They have really hit the nail on the head with balancing the two.

We find ourselves travelling to Harties quite a bit as it is really a stones throw away for us Joburgers and I can tell you this will definitely be a favourite stop over before heading to our destination. I am glad I found this little hidden gem! 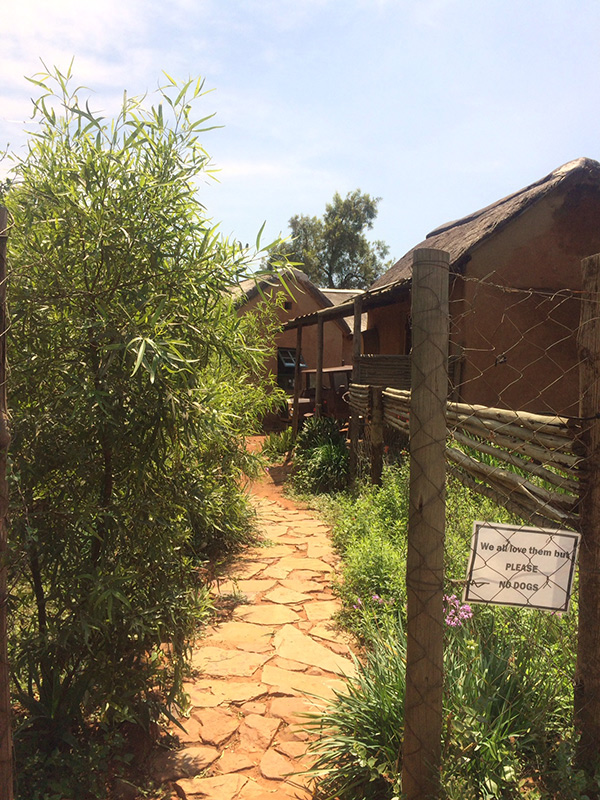